There’s a Roman love story between Emperor Hadrian and his Greek sex servant, Antinous, that is so fantastic, it’s almost impossible to believe. It’s a tragic tale of immense love, scandal, sacrifice, and mystery.  The scandal was not really about two men having sex; it was about two men having very real feelings for each other.

We don’t know a lot about Hadrian for certain. Many of the sources documenting his legend are considered unreliable. As Antinous was a lowly Greek servant, even less of his story is written with any complete certainty. We do know that Antinous was Greek and exceptionally beautiful. Hadrian fell madly in love with him and made no secret of his affections for the young beauty.

For a Roman Emperor to take a male lover was not a huge deal. It was OK under certain guidelines, as long as Hadrian appeared to be the ‘Top’ and there was no real emotion involved, the rest of Roman society could tolerate the affair. Also as long as the sex object was a foreigner, as Antinous the Greek was, then it became even easier to accept. Foreigners were like animals, simply not as important as Romans and thus suitable human sex toys.

The love affair endured for years – Hadrian brought his boyfriend to state dinners and royal ceremonies. They also toured the empire together and were banging each other’s brains out from Britain to Byzantium.

Hadrian was married to a woman and was expected to father an heir to the Roman throne. Failing to produce a son was one of the biggest mistakes of Hadrian’s career. Not getting his wife pregnant let the whole empire down and fanned the flames of gossip about him possibly being a complete homosexual – scandalous.

Hadrian was really very talented at keeping the empire together and spent so little time in Rome that he managed to escape any real consequences for his fabulous love life. The empire basically turned a blind eye to the gay activity, as Hadrian was so good at being an absolute boss. 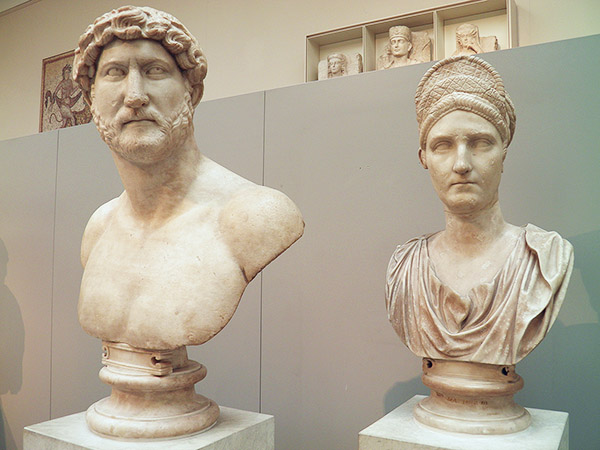 In the year 130 AD, yes about 1900 years ago, Hadrian and Antinous were sailing on the river Nile. Antinous fell into the water and drowned. There are several theories as to how this happened. He may have thrown himself into the water to end the relationship that could have ruined his beloved Hadrian’s reputation. The longer the affair lasted, the greater the risk of being remembered as a homosexual rather than a great Emperor. It could have been that Antinous was drowned on purpose to try and prolong Hadrian’s life. It was believed that human sacrifice could extend the life of another. It could also have just been a simple case of murder on the Nile for reasons forgotten or unknown. 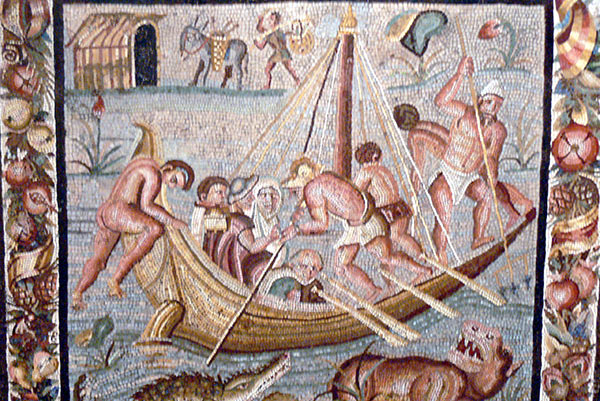 In Memory of My Lover

We do know that Hadrian’s reaction to the death of his boyfriend was nothing short of absolutely epic. He founded a city close to where the man died and named it Antinopolis in his memory. He decided Antinous could now be worshiped as a god and built temples to his memory across the empire, commissioning up to 2000 statues of his beautiful deceased lover.

Hadrian hired Greek sculptors to recreate the stunning beauty of his departed sweetheart. The statues of Antinous all shared similar characteristics such as a broad swelling chest, a head of Grecian curls and his face always turned down, making them very easy to identify. When the Roman Empire converted to Christianity, most of these temples were destroyed, and many of the beautiful statues disappeared. At least 80 survive today, many of them in the Vatican museums. 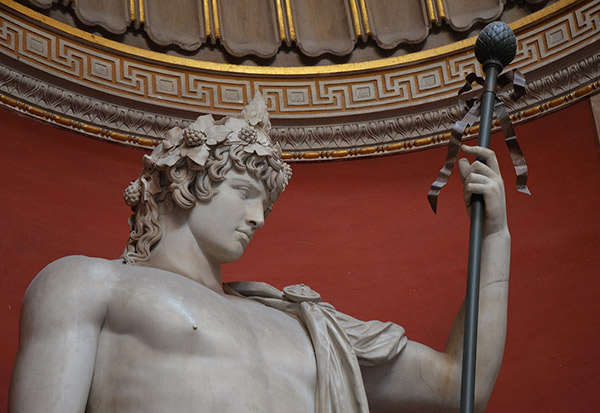 Hadrian was a man very much ahead of his time. Before his leadership, Roman Emperors were expected to be clean shaven. Hadrian preferred a full bristling beard and made the beard so fashionable that each emperor after him also had one. The original hipster was a Roman. He also was a fan of fake news and alternative facts. He forged his own adoption papers to become Emperor in the first place, and spread prophecies of his greatness as if they were facts. He essentially invented history as he wanted it to be, rather than being concerned with irrefutable facts and actual events. He also managed to build a wall in Northern England to keep the violent and barbarous Celts out of the peaceful and elegant Roman Empire. Uncanny, how history can repeat itself. 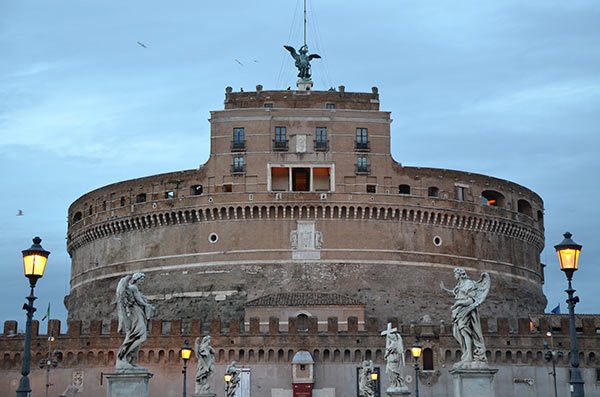 So Hadrian made his boyfriend into a god. What has your boyfriend done for you lately? #justsaying.