James Dean was sexy, angry, talented, and a star that burned too brightly. One of the most iconic actors of the silver screen, Dean was only 24 years old when he died and yet his legend has endured for over half a century.

Dean had a passion for acting and moved to Hollywood to pursue his dreams in the early 50s. While trying to make it as an actor, he also worked as a car park attendant for CBS Studios.

This job ultimately led to him meeting and befriending Rogers Brackett, a successful radio director and, at 35, a full 15 years older than James. The two became close very quickly, and Dean moved into Brackett’s home in LA.  Whether they had a romantic connection or not is uncertain. They did live together, Dean had his own room, and Brackett was a financial support for the handsome young man. Brackett opened doors for Dean, introducing him to people in the movie industry, helping a brother out at the start of his acting career. The fact that Brackett was gay and Dean was incredibly handsome merely adds a bit of pepper and spice to the story.

Eventually, both men followed their careers to different cities, and James Dean found himself studying acting in New York at the Actors Studio, an institute he described as, ‘the greatest school of the theater.’ Brackett, now living in Chicago, still supported Dean financially, like a decent and generous person would. #daddy #justsaying

In 1954, Dean landed his first big movie role as Cal Trask in East of Eden. Success in this movie led him also to star in Rebel Without a Cause, and he picked up a supporting role in Giant.

The cast of Giant included Rock Hudson and Elizabeth Taylor. Much of the evidence to prove or disprove Dean’s sexuality is based on anecdotes. Liz Taylor grew close to Jimmy while filming Giant and had no doubts about his homosexuality. She was happy to remind everyone back in 2000 when accepting a GLAAD award from her stepdaughter, Carrie Fisher. There’s also a rumor that Rock Hudson and Dean became lovers while shooting Giant, and if you were a young free gay man working alongside Hudson, would you be able to resist him?

There’s a lot of myth and rumor surrounding Dean’s sexuality, and as the rebel without a cause is not here to defend himself, it’s important to try and reason out fact from gossip. Some insist Dean was straight or sexually curious and others insist he was completely gay. Hollywood had a ‘cover up’ system to make gay film stars appear straight and often paired gay men with ambitious young women. Rock Hudson himself entered into a sham marriage as part of the Hollywood ‘hide the gays’ system. When questioned about his sexuality, Dean responded “No, I am not a homosexual. But I’m also not going to go through life with one hand tied behind my back.”

William Bast and James Dean were roomies for a time in New York. Bast went on to become one of the first biographers on Dean. Bast admitted himself that the two of them had experimented sexually – further evidence that Dean dabbled in dick. 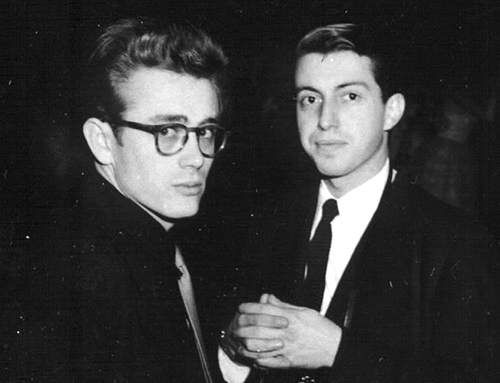 Sadly, James Dean’s career and life were cut very short. The icon tragically died in a car accident in September 1955, before Rebel Without a Cause and Giant, were released. 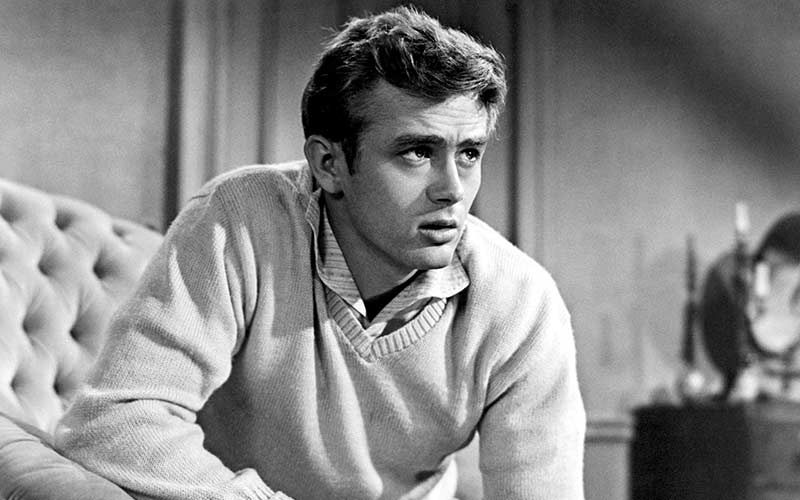 We previously featured James Dean back in December

Next month we’ll be exploring the magnificent love story of Hadrian and Antinous, a Roman who made his lover a god. What has your boyfriend done for you lately?