Even the most super confident guy can lose his bravado on a first date, so don’t think you’re the only one. In fact, almost everyone suffers a little anxiety when dating, which can even be part of the thrill. Anyway, read on before we spill all the best bits in the intro.

1. Be upfront about being shy.

Tell your date that you’re shy straight away. Most ‘aware’ people will have already worked it out, and keeping it secret may only inhibit you, which gives the shy feeling more power over you.

2. See being shy as an unlikely asset.

OK. So, being shy is part of who you are, don’t apologize for it. Being modest means you are more likely to listen to your date, and could actually become aware of their feelings faster than louder personality types. Shy guys get their energy from within, which is a charming quality.

3. You are more than just shy, so make sure to mention your other qualities.

We’re all complex sophisticated gay men, and we’re more than just one personality trait. Identify your other qualities and bring those to the table when you’re chatting to your date. If you aren’t sure of who you are beyond being shy, then lean on your network of friends. Ask your buddies how they would describe you. Reflect on what they say, and decide for yourself if you agree. When you settle on a few more traits that represent you, be sure to mention them along with being shy. You could be a shy guy, but also be a very open-minded and conscientious person.

Note: Don’t list your full personality resume all at once – deal with being shy, let that land, and then move on to being curious, or reliable or whatever else it is that describes you.

4. Know what you want to talk about ahead of time so you aren’t lost for words.

Conversation skills can be challenging for a shy person, but you’ll need to speak a little on every date. Preparing yourself will boost your self-confidence. Ask open-ended questions on topics that interest you. Maybe you recently did something cool, like you went to a new city, or you discovered a really fantastic band. Mention these things. Going in with a plan will help you feel more relaxed, and that will help you to be more you.

This is not to throw shade at confident guys, but our goal today is to celebrate the quieter gay man, so let’s look at talking versus doing. Guys who do a lot of talking probably aren’t getting as much as their boasting implies. Shy guys tend not to boast and are usually getting more action. Talkers be talking; shy guys be doing!

6. Put yourself in the shoes of your date.

Let’s assume everything has gone well and now you’re feeling a little thirsty. But you’re nervous about making the first move. Put yourself in his shoes. Would you like him to reach out and hold your hand? If you feel this way, chances are, so does he. Now, this is the make or break moment. He knows you’re shy, you already told him, (if you followed step one). Now all you have to do is take his hand and here are 3 possible outcomes of that bold move:

A. He’s impressed and excited a shy guy reached for his hand, and he reciprocates. This could put you well on the way to your first kiss this evening, and figuring out how versatile he really is.

B. He actually didn’t want to hold your hand, but he will continue to keep it for a few seconds and then will somehow wriggle out and carry on chatting, like nothing happened. In this case, bail and abort. He’s just not into you.

C. He was on the fence about whether he liked you or not and wasn’t sure whether to hold your hand, but your bold move makes him now wonder if versatile on his profile means he gets to top or bottom later.
SUCCESS!! BOOM BOOM BOOM!!

Of course, you’re thinking, “Oh come on, it’s not that easy.” Let me tell you, it is that easy. First dates are hard, both for you and the other guy. Nerves play a role, and self-doubt will creep in no matter how confident or shy you are. Opening up about your shyness and then mentioning your other qualities sets the balance for you being more than one thing and shows you’re self-aware. Talking about safe stuff like food and travel helps to give you both a second to calm your nerves, and the hand test is the most excellent way to see if this is going forward, or if it’s over, without crossing that creepy line.

Of course, you don’t have to agree with me and are more than welcome to offer your own pointers for shy guys. Send an email to social@planetromeo.com. 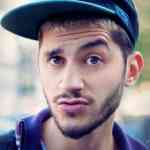 We all have to start somewhere: Beginners Kink

NoMoreC is a sexual health project in Amsterdam that’s committed to raising awareness around hepatitis C.