“Casement’s diary entries show that he has for years been addicted to the grossest sodomitical practices.” The Black Diaries, Olympia Press 1959

Roger Casement achieved a lot in his lifetime. He worked for the British Empire in Africa and South America and dedicated most of his career to setting up and improving basic human rights in the colonies. He later took up arms against Britain to try and liberate Ireland in 1916.

Despite his glorious career, he is probably most remembered for his scandalous ‘Black Diaries.’ These diaries list an impressive amount of homosexual activity and detail the size and dimensions of many penises enjoyed on his travels around the world. He used code words to record his sex adventures from The Congo to Rio, but it’s easy to decode them. E.G. –  “Policeman ’em paisana’ enormous” – The Black Diaries, Olympia Press 1959 Casement joined the Irish revolution and used his connections to raise money and arms in Germany. He wanted to smuggle guns into Ireland on Good Friday in 1916 in time for the planned revolution. Unfortunately for Roger, the Police were aware of his intentions. When he landed on the South West of Ireland on a German U-Boat he was arrested almost immediately. He was taken to London, tried for treason against the British crown, and sentenced to death.

Due to his epic humanitarian work around the world, he already had an excellent reputation. Hanging him for treason was going to be a difficult thing to achieve. His close friendships with wealthy and powerful people throughout the British Empire, meant he was in with the in-crowd. During his trial, his ‘rampant homosexuality’ came to light, and his diaries were circulated among important people of influence. Suddenly his good name was ruined, and his supporters vanished.

Three Black Diaries, filled with mundane daily notes and scandalous sex adventures, were discovered in a trunk of his personal belongings in London. The diaries were typed out by British intelligence and leaked in America to blacken Casement’s good name. 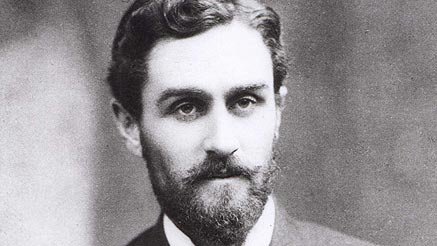 Here’s an example of some racy coded diary entries:

One of the most important shifts in sentiment against Casement was the fact that in his diaries he went from being a top to a bottom. It was one thing to bang the natives, but quite another to be banged. It was also believed, at the time, the amount of sex in the diaries was unachievable. Essentially no man could have that much sex. (Straight people – LOL.)

The debate as to whether Casement’s sex diaries are real or forgeries to discredit him, and bring about his hanging, has evolved over the last century. It’s more or less agreed that the diaries are authentic. They were misused to create an atmosphere in which the hanging of a sex monster could outweigh his true, brilliant and kind nature. 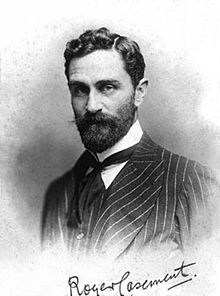 At the time of his execution he was framed as a great human who sadly fell victim to his own perversions. As time passed, he was viewed as a pervert who rose above his sickness to do great things. Now that attitudes towards homosexuality have changed in the West, hopefully we can just see him as a hero.